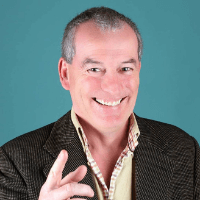 Brendan Toolan, PPU PresidentClass of '78
Brendan attended Pres Bray between 1972 and 1978 and says the highlight of his time was winning the Leinster Schools Junior Challenge Cup in 1975 after a gap of 45 years.

“We were fortunate to be trained by Brother David and were very much a team squad,” Brendan says.

These days he enjoys following Leinster and Ireland rugby and has been to five World Cups including Japan in 2019.

Brendan is a proud member of Greystones Golf Club and was delighted to win the prestigious Scannell Cup as winner of the Past Pupils Annual Golf Outing in 2019.

“I have been involved with the Past Pupils Union since Maurice Mortell Senior invited me on to the committee in the mid-80s. I served as President for the 75th anniversary, attending the beatification of Edmund Rice in Vatican City by Pope John Paul II on October 6, 1996.”

For the day job, Brendan is a Certified Financial Planner, CFP, and this is his second term as President and is very honoured to serve during the Centenary. 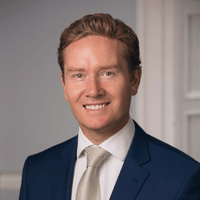 Shane PowerClass of '94
Shane attended Pres from 1988-1994 and thoroughly enjoyed his time in and out of the classroom. Shane has long lasting ties to the school.

His grandfather Eamon O’Brien and his twin brother Malachy were students in the early years. Their brothers, sons and grandsons also attended Pres. Shane’s father Pierce and his brothers are also past pupils.

Shane first served on the PPU in the mid 1990’s and re-joined in 2021 to assist with the Centenary celebrations. Shane is on the Pres rugby fundraising committee.

Shane originally qualified as a Chartered Accountant with KPMG. Shane is Managing Director of EMPOWERMENT, a niche financial and legal recruitment firm, he founded in 2008.

Brian QuigleyClass of '86
Brian attended Pres between 1976 and 1986, spending five years each in the Junior and Senior schools, along with three of his brothers.

“During my time in the Senior school I was lucky enough to be taught by two future School Principals – Gerry Duffy and Pat Gregory.

“I was also lucky enough to be in the school when we won the Leinster Junior Cup in 1985; witnessing the win from the stands in Donnybrook remains a vivid memory for me.

“These days I am a poet, writer, scientist and educator.” 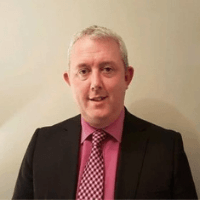 Brian DelahuntyClass of '91
Brian attended both Pres Bray Junior and Senior schools and continues to have strong connections to his alma matter – of his three sons, one has left the school, one is currently studying there and his third lad is due to start on the 100-year anniversary, September 5, 2021.

Brian has worked in the motor trade since 1996 and currently works for Carroll and Kinsella Blackrock.

“I loved my time in Pres and have many funny memories – too many to mention here but if you were there you would know!”

Brian has also served as President of PPU between 2012-13. 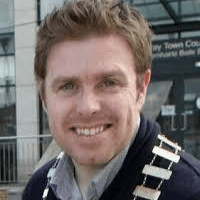 Michael GlynnClass of '91
Mick has been a stalwart of the PPU since the mid-nineties and has filled many executive roles throughout his time on the committee.

A former Cathaoirleach of Bray Town Council and County Wicklow Councillor, and President of Bray Chamber Of Commerce, Mick is a well-known businessman who runs his own audio visual solutions business, Planet Sound. 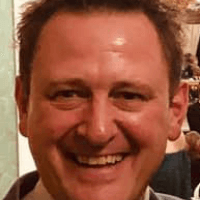 Graham O’NeillClass of '91
Graham has been involved with the PPU since he returned to live in Bray in 2012.

“I got involved as a way of reconnecting with a network after more than a decade away from the area – it opened a number of doors for me and was a great way of getting to know people again,” he says.

Graham served as President between 2014-15 and has two sons – one of whom is currently a student in the college, with the other due to start in 2022.